Waterloo and Taunton Conservative Club was established in October 1891. Said to be built by the mill owners of Park Bridge as a gentleman’s club and was a place to meet and discuss politics. The club, with its 200 members, would open at 9am with the days papers laid out, and members would enjoy a stiff brandy. The club crown green was added in 1900.

The long entrance down from Oldham Road was the original main entrance for the horse and carts. One of the old stone horse water troughs is still standing at the club entrance today.

The club was extended in the 1982 with a new house being built for the Steward and Stewardess. Three bollards were added in 1987 at the top of the original entrance, closing it off to traffic. Access to the club was then redirected via the new entrance on Bishops Close, following the building of new dwellings.

In 2016, Waterloo and Taunton Conservative Club have a major refurbishment, celebrated its 125th Birthday, and became the winner of the Association of Conservative Clubs, National ‘Sir Marcus Fox’ – Club of the Year Award.

‘A great club, with great people’ 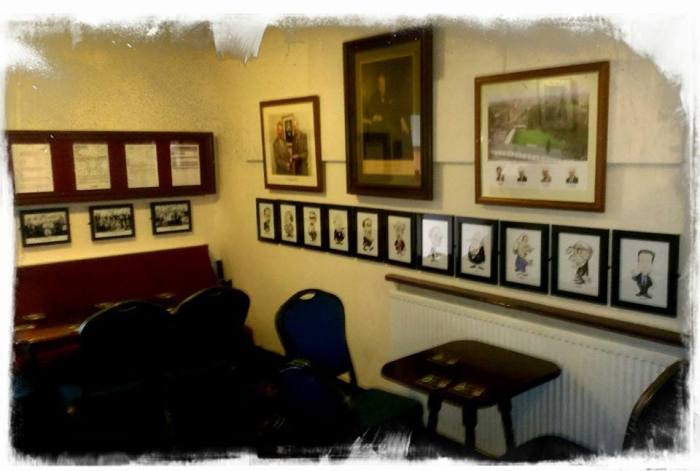 Original members in 1891 were mostly respected businessmen in the local area including;

11th May 1901 – The Ashton Reporter
“BOWLING HANDICAP — Under the auspices of the Waterloo Conservative Club, a bowling handicap was held on their green on Saturday, when there were 31 entries.
The attendance was good and the result as follows:

The party were afterwards entertained to tea, and a most enjoyable evening was spent”. 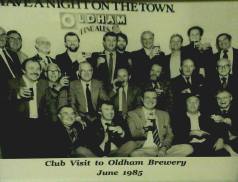 11th May 1907 – news report: The Herald –Conservative Gathering at Waterloo

On Saturday evening, there was a most enthusiastic Conservative gathering in the Christ Church Branch Schools, Waterloo. The event was the annual tea party and concert promoted by the Waterloo and Taunton Conservative Club, and it is also afforded an opportunity of celebrating the recent magnificent victory achieved in the local “Parliament”.

About 200 hundred persons were present at tea and this number was considerably augmented at the after-proceedings. Councillor H.Johnson presided, and he was supported by the Rev.F.H.Burrows (vicar of Christ Church), Major J.B.Pownall, Councillors J.W.Holland and A.Newns and Messers S.Taylor (chairman of the club) and A.Lees.

An excellent concert was provided and thoroughly enjoyed. It opened with the duet “Sing Me to Sleep” which was rendered in a charming manner by Mrs.J.A Turner (soprano) and Miss Ann N.Hague (contrallo). They were vociferously applauded.

The humorous element was in the capable hands of Messers, Ned Lloyd and Fred Radcliffe, as they kept the audience in roars of laughter with their willy sayings.

Mr and Mrs Thomas Potts, Steward and Stewardess of Waterloo and Taunton Conservative Club, have received official confirmation that their son Private George Harry Potts has been Killed In Action with the Machine Gun Corps. A letter from the reverend H.Coulthurste, chaplain, states: ‘Your son was Killed In Action in the course of battle that brought glory to the division’.

Private Potts was aged 20. He had joined the army at 16 just after the war started. He had previously worked with his brother, William, in the butchering business.

His brother, William, is serving in the Royal Dragoons. His older brother Tom is in Italy with the Manchester Regiment.

Private Potts was a member of Christ Church and educated at the school.

‘We will remember them’

During World War II, the club opened its doors to member’s wives, as the men were away fighting for King and Country. During this time a ladies annual crown green bowling match was played annually. Known as the ‘Lady Bowlers Perpetual Challenge Trophy’. The first cup was presented to the Ashton Women’s Conservative Association by Ald.T.Rose Hilton JP. Mayor in 1944.

Winners of the Lady Bowlers Trophy were;

Two members of the Waterloo and Taunton Conservative Club, Oldham Road, Ashton have been awarded the highest honour that can be given by the club.

Mr Sam Marsh, of Clive Street, and Mr Frank Hibbert, of Patterdale Road, both Ashton, were awarded the medal of honour at a ceremony at the club on Tuesday (20th July 1982).

The award is given for distinguished service to the club, and before the ceremony last Tuesday, the club had only awarded three other members with the medal since 1891. Mr Hibbert and Mr Marsh have both served on the committee for 15 years and Mr Hibbert was a made a trustee three years ago.

The special presentation was made by the chairman of the North West Area Clubs Association, Mr Stanley Windle (M.B.E), during the presentation of trophies for
the Winter Games League.

Mr Sam Marsh, aged 69 at the time of the award, became a member of the club on 12th September 1955 and was elected to the committee on 03rd February 1964 and had an unbroken record of service. He had been a delegate to the Ashton-under-Lyne Parliamentary Constituency Association since 1955 and in 1968 was instrumental for reviving the De-Frece Cup Bowling Handicap.

Mr Frank Hibbert, aged 59 at the time of the award, became a member of the club on 09th March 1959. He was elected to the committee 08th February 1965 and had an unbroken record of service since. He was appointed a Trustee of the club on 24th February 1975 and had been a delegate to the Ashton-under-Lyne Parliamentary Constituently Association and to the North West Clubs.

If you have any stories about the Waterloo and Taunton Conservative Club then please let us know by contacting us via e-mail: committee@waterlooandtauntoncc.com 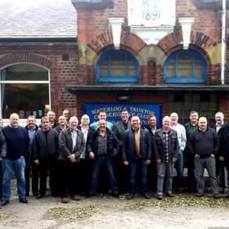 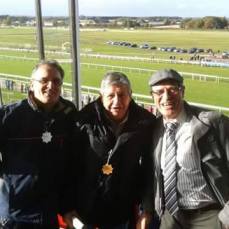